A Los Angeles MMA Pioneer, Ends a Chapter and Leaves a Legacy 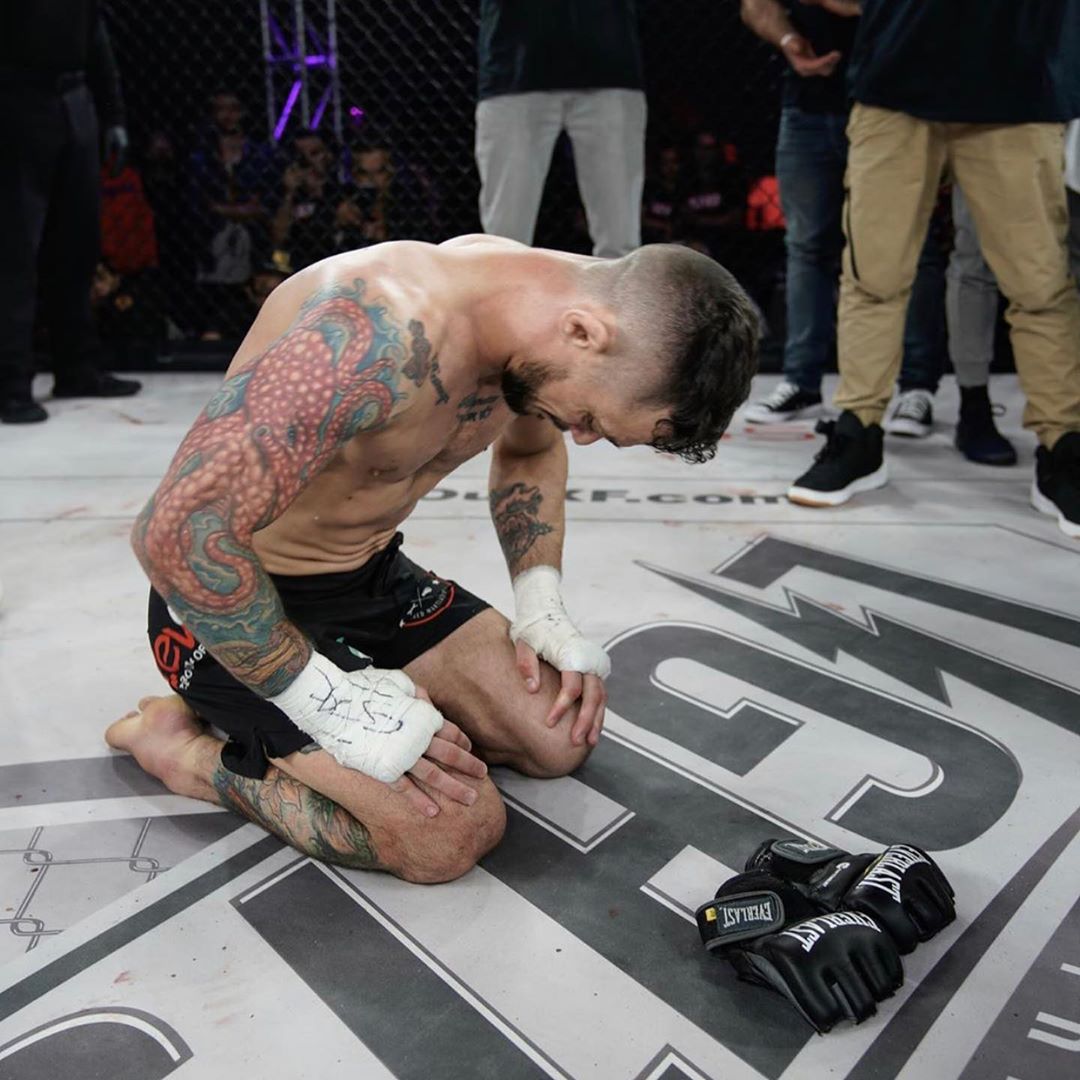 On the night of July 6, 2019 Chad George took to the cage one final time. Lights Out Xtreme Fighting providing the stage for Chad to compete in MMA for one final time. His opponent Hector Valenzuela who had been brought in short notice after Chads Original opponent dropped out of the fight.

The Calm Before The Storm

I do have to say that much like the weigh-ins the energy was electric. But in the same manner that Chad held his composer together at the weigh-ins amidst all the chaos brought on by other fighters who were on the card, Chad was cool and collected in the green room. I had only seen him a day prior as he was cutting weight and at the weigh-ins, in fact the night of the fight I didn’t see him until fifteen to ten minutes before his fight. I had been running around the venue filming in a way I feel like I had forgotten why I was there. 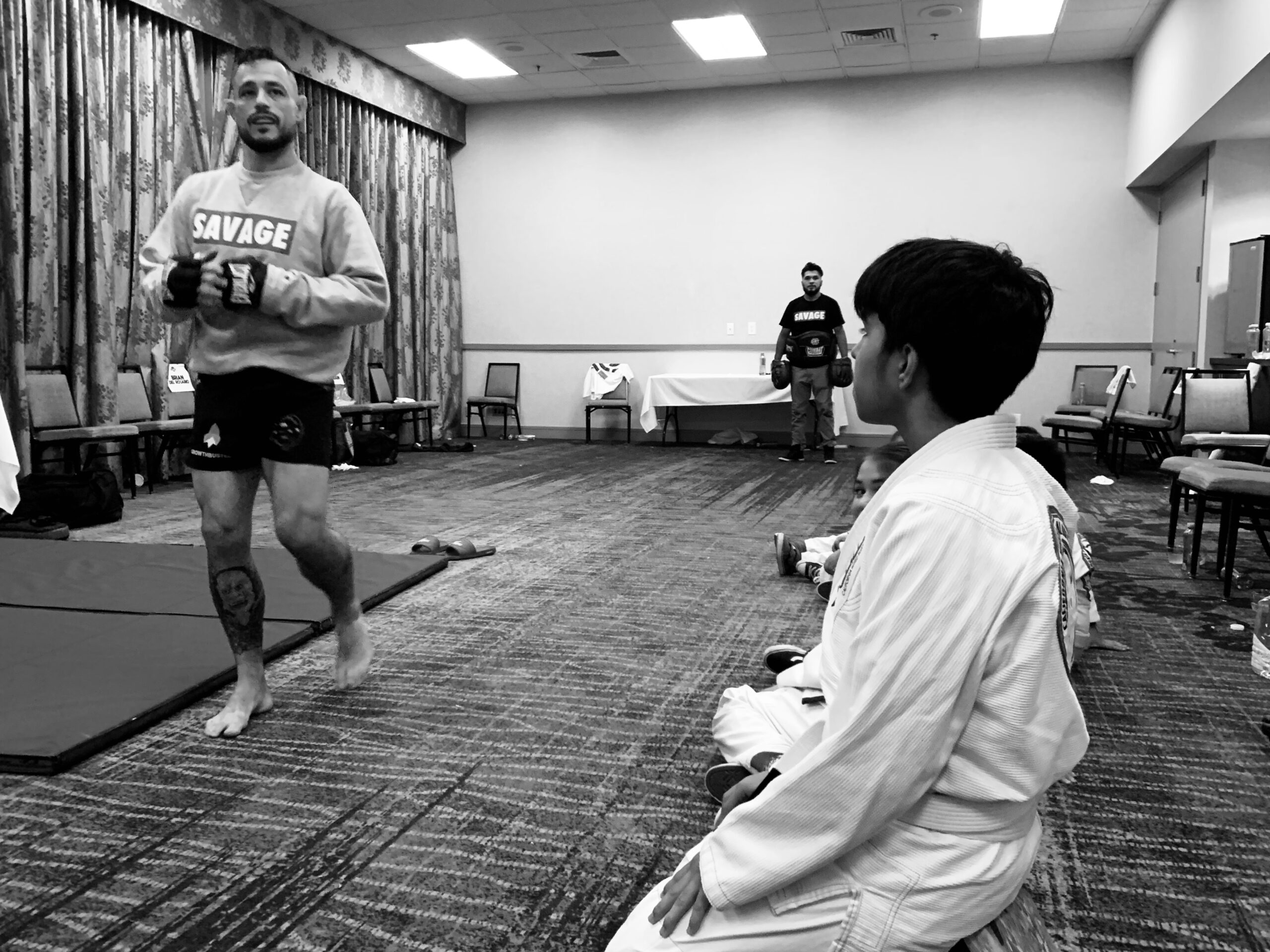 That night was emotional for me, for many reasons mainly because of Chads fight. There’s something different about watching your friend and mentor fight, I have seen my friends fight or compete before. Perhaps it was due to the fact that I’ve watched him come to this moment from the very beginning or maybe because he’s taken me under his wing as a friend and student. None the less watching him warm up in the greenroom in itself was an experience. We didn’t even part words he just looked at me smiled and bumped my fist with his and went about his business.

Chad came out to the thunderous roar of friends, family and students. He was accompanied by his young JiuJitsu students as he made his way down the ramp towards the cage. Once near the cage he was prepared to enter the cage, one final word from friends and coaches as he began to make his climb into the cage. As someone who was there to observe and record it was quite interesting to look around me and see reactions of friends and family. There were those who cheered and those who cried. As I watched I couldn’t help and wonder if they were crying because 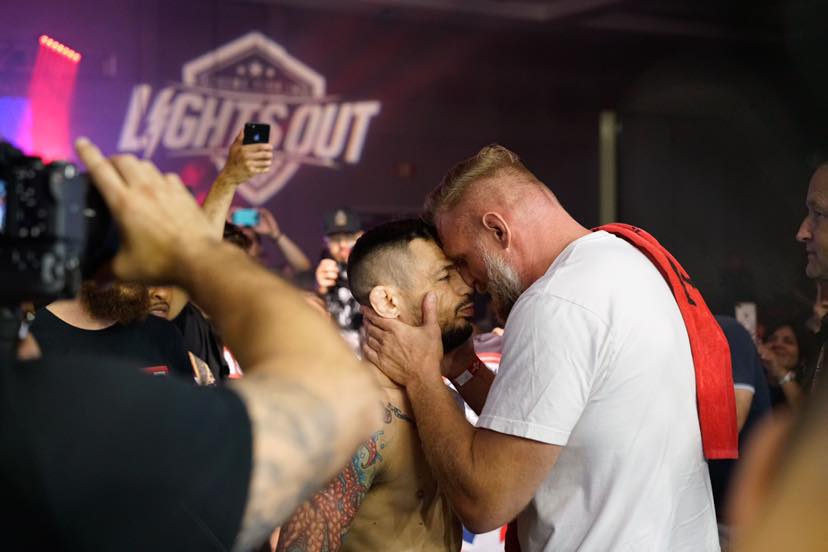 they were frightened or they cried out of happiness. Even I was taken aback by the mixture of emotions I felt.

Once inside the cage, music no longer playing Chad and his opponent looking down at each other. The announcer began to announce Hectors corner and to very little praise of the crowd the venue almost silent. Valenzuela hailing from Mexico the occasional, “Viva Mexico, Cabrones!” could be heard. But during Chads announcement the roar of the crowd came in once again the venue coming alive. This brining a grin to Chads face as he paced back and forth.

The cage door finally closed and locked. Both fighters meeting in the center and testing their range Chad being the aggressor landing several jabs. Then landing a hard left hook and following with a body kick that caused him to slip. Instinctually, as Chad hit the canvas he rolled into a leg lock keeping Valenzuela trapped. Within this position Chad was able to land elbows to the face and body. At times it seemed like Chad would be able to finish his opponent by almost having a heal hook locked. Valenzuela was able to escape only for Chad to take side control. Here he began to work for his front head lock series attempting a Darce Choke. Valenzuela was able to survive the Jiujitsu onslaught until the end of the round.

Round two started very much like the first round with both fighters meeting in the center. Both of them again finding their range. This time Chad finding it quicker and landing a hard left uppercut knocking Valenzuela down. Here chad worked to pass Valenzuela’s legs. This caused Valenzuela to unwillingly give up his back. Once on Valenzuela”s back Chad began to land punches, slowly Chad began to apply an arm triangle and once set in he got the finish. 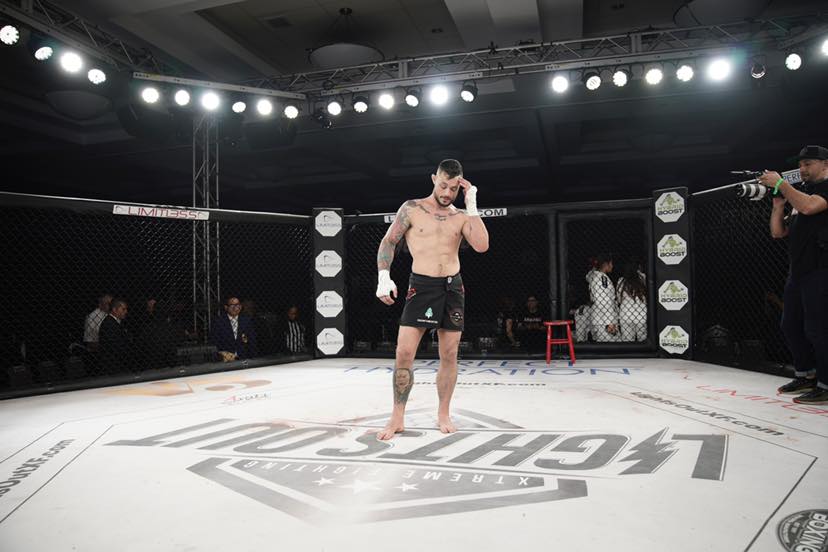 Chad had been fighting for fifteen years. He left it all in the cage, he earned and fought for the win. He gives all who train under him and those who wear the CMMA logo proudly a reason to want to fight their own fights, whether it’s in a cage, on the mats or in life. He may have left his gloves in the cage. But, it’s just the beginning.